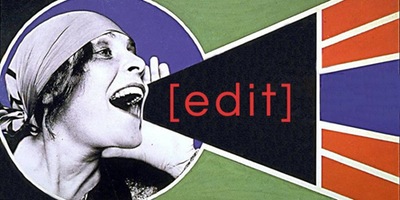 As the core of such an institution would be a world synthesis of bibliography and documentation with the indexed archives of the world. A great number of workers would be engaged perpetually in perfecting this index of human knowledge and keeping it up to date.

It’s amazing to think about how this parallels the evolution of Wikipedia as a source of bibliographic records and summaries, created and maintained by the masses. However democratic and egalitarian this may sound, women editors are grossly underrepresented.

Not only are women Wikipedians missing from the picture, but women architects/designers/artists are underrepresented as well. Today a Wikipedia #wikiD edit-a-thon took place at the Kappe SCI-Arc Library. Nina Briggs, archivist for AWA+D, and Becka Cooling, librarian at SCI-Arc, led a workshop in editing Wikipedia and why its important to participate in the formation of the internet encyclopedia. #WikiD is a worldwide project to enhance the representation for women architects and today’s efforts also fall under the project Art + Feminism who host another series of edit-a-thons to train people in editing Wikipedia.

There are three main learning curves to keep in mind when attending or facilitating a workshop in Wikipedia. First: there are Wikipedia rules, protocols, etiquette, and culture. Secondly: there is the basics of research, neutral writing, and proper citations. Then there is the technical component of navigating the site, working within the HTML editor and finding help files when style or format questions arise. All participants come with varying backgrounds and skill sets. These workshops allow for collaboration between members, a physical manifestation of Wikipedia itself.

I had a great time exploring the guidelines and editing tutorials and added a couple images to a recent #wikiD article on Rebecca L. Binder. Specifically I added the first three images of buildings that are accredited to her. You are allowed to use a copyrighted photo under the premise of fair use, though it is preferable to use public domain or Creative Commons licensed images. All three images I added today were found in Wikimedia Commons. The attribution was already determined and it was easy to embed these images into the article after they were sourced.

Wikipedia will only contain ‘the sum of all human knowledge’ if its editors are as diverse as the population itself: you can help make that happen. And I can’t think of anything more important to do, than that. 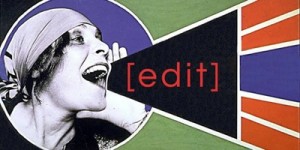 Upcoming: The next #wikiD events in Los Angeles will be March 5 and April 30. Join us!